When thinking about ways to improve your productivity, your mind probably goes straight to things like reading more books, taking a course, or creating some new habits. These are all undeniable contributors to productivity, but could there be something else hindering your productivity that isn’t as apparent?

As research into human productivity continues to progress, it’s becoming widely accepted that it isn’t simply the things we do that impact how productive we are. It’s where we do them.

The design and architecture of the building you work in is a large contributor to your overall productivity and wellness. But that’s not all…

The Link Between Architecture and Productivity.

The interior and exterior aesthetics are fundamental aspects of the architectural process. But it’s becoming increasingly apparent that they also have a powerful effect on our cognitive and physical functionality.

In other words, if you work in a bland, uninspiring environment with second-rate views and a cold visual feel, you won’t be nearly as productive as you could be. And you probably won’t be very happy either. 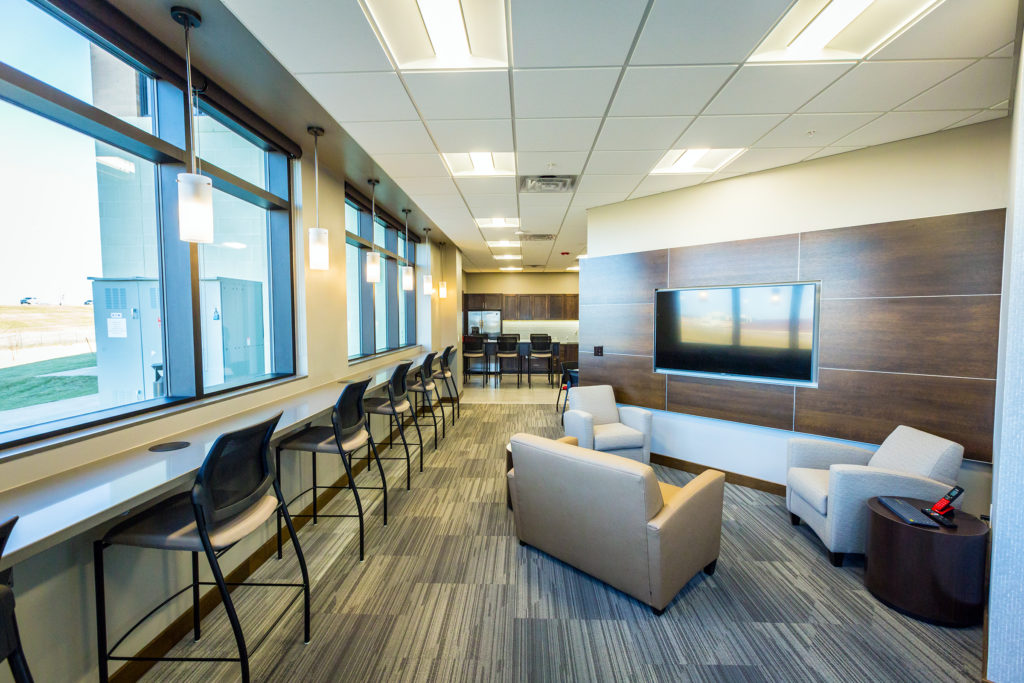 There’s actually a solid amount of evidence to back up these claims. For example, a report from the World Green Building Council noted that longer distance views and open spaces, away from computer screens or written documents reduce fatigue, headaches and the effects of eye strain in the long term. More open space also has a positive impact on wellbeing, in part by providing a psychological connection with other groups of people in the workplace that can’t be achieved with closed off spaces.

The same report also acknowledged that healthy offices have colors, textures, and materials that are welcoming, calming and evoke nature. That’s because “visual appeal is a major factor in workplace satisfaction.”

The primary workspace for employees–usually their desks–should give them the room they need to work individually, along with the ability to easily communicate and collaborate with others on their team. For instance, desks separated by dividers subtly discourage collaboration between team members.

Different Kinds of Spaces
A well-thought-out workplace should offer a variety of different spaces in which people can work. And if productivity is the goal, then these spaces should be paired with an organizational culture that supports their working in different spaces when they feel it’s useful. Having the freedom to move around a bit can dramatically increase mood and productivity.

More Inspiring Spaces
It may also be worth your time to consider how the interiors of your space is designed. Is it dull? Do the wall colors reflect your branding? Are you using plants to bring a sense of the outside, inside? It’s good for productivity to go beyond the basics of what people need and start thinking about what makes them feel more creative, inspired and engaged at work. Whether that’s a splash of color or simply more comfortable seating options.

Encouraging a Healthy Life
Offices usually lend themselves naturally to sedentary behavior. Equipping yours with amenities such as bicycle parking and showers will encourage people to walk, run and cycle more. You’d be surprised how much productivity and office moral spikes after making improvements such as these.

The productivity implications of design decisions are something that must be considered when designing a workplace, and this post only scratches the surface of what can be done. If you’re ready to start implementing some of these elements into your current or future workplace, it may be time to bring in an architect. It never hurts to at least talk with a professional who understands how the design of a space impacts people’s wellbeing.